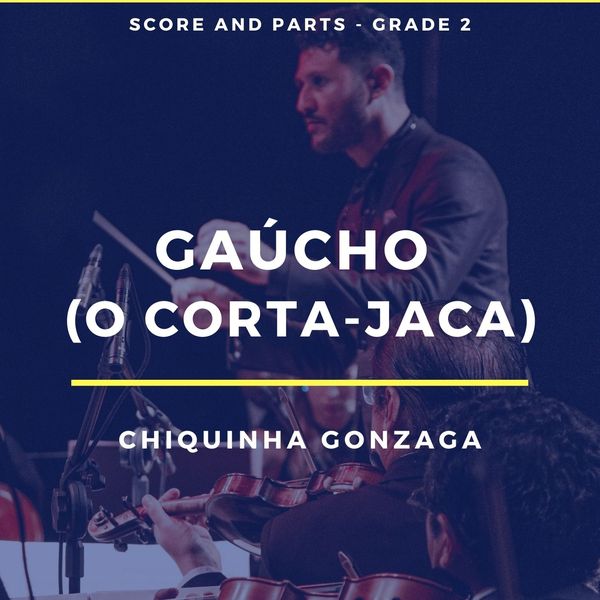 Music and ArtseBooks or Documents

Gaúcho ( O Corta-Jaca) is the first work of the series Brazilian Music for String Orchestra. A composition of Chiquinha Gonzaga with arrangement by Arley França.
Chiquinha Gonzaga (1847-1935) is a Brazilian pianist and composer who was born in Rio de Janeiro in the 19th century. She contributed significantly to the formation of Brazilian music through compositions in different styles, such as carnival marches, waltzes, polka and maxixe (a style that would later be called Brazilian tango).
Arley França (1976) is a band and orchestra Brazilian conductor and also acts as a music educator. Through his music education program, he has formed more than 40 youth bands and orchestras in the last 25 years, with emphasis on the young Orquestra de Sopros de Pindoretama, which represents Brazil in festivals in Germany and Norway. He founded and directs also the Brazilian Contemporary Orchestra,
Read More

You'll receive access to Gaúcho ( O Corta-Jaca) for String Orchestra by email. It may be an online course, an eBook, a series of video lessons, a service, an event, etc. This content will be accessed or downloaded through a computer, mobile phone, tablet, or any other digital device. You can also access the product you purchased on this page: