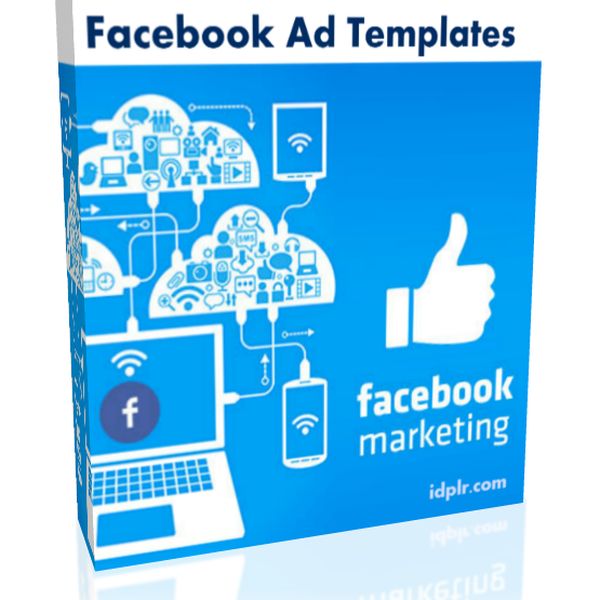 Facebook Ad Templates
According to recent stats, Facebook has 1.94 billion users. Although there aren’t official numbers
released, it’s estimated that Facebook makes over 4 billion dollars each year from advertising.
These two stats mean that Facebook is the ideal place to advertise your business.
How Facebook Ads Are Displayed
There are a few different sections of Facebook where your ads can be seen. The three most
common ad locations are in the user’s news feed, within the user’s mobile app, and on the right
side of the user’s screen (only relevant to desktop users). Here are some examples of ad
placement:
Your ads may be featured on the mobile app or Messenger within Instant Articles, which is
Facebook’s content platform. It could also be displayed during videos like Facebook Live or Video
on Demand.
You can preview how various ads appear by checking out the Facebook Ads Guide. It breaks
down each element of the ad so you can easily visualize what your ad would look like:2
You can click on the options above the red arrow to preview what different advertisements would
look like.
Read More

advertisements. They may tell you that Facebook ads are a waste of time and money. They might

say that they never broke even on their costs.

they never saw a return on their investment. The power of ads on Facebook lies in the ability to

It means that the product Facebook Ad Templates will be delivered 100% digitally. It may be an online course, an eBook, a series of video lessons, and so on. This content will be accessed or downloaded through a computer, mobile phone, tablet, or any other digital device. When you buy a digital product, you get a link via email with all the information to access the product.