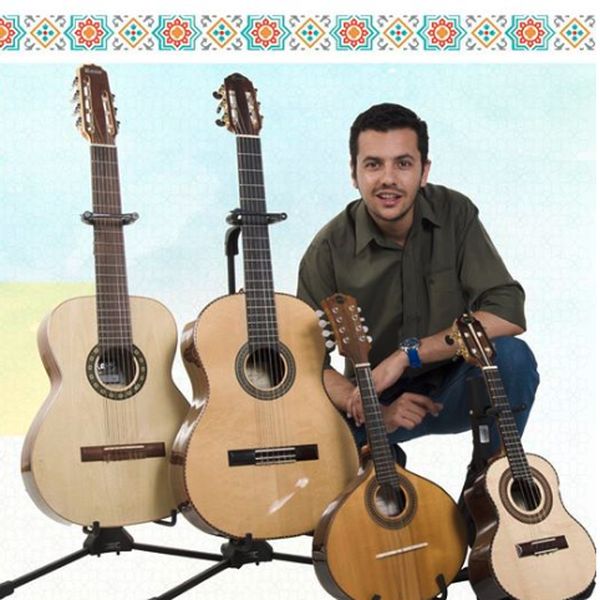 Wesley Vasconcelos from child had contact with music, but interest in pursuing a career in music came early adolescence at age 13 began learning guitar and never stopped since then.

He studied arranging and 7-string guitar with the cry of Arnaldinho Cavaco and improved their education studying music theory, the Order of Musicians from Brazil (OMB).

At age 18, participated in the Cultural Turn in Bauru, watching Monarco Portela Samba group and Rahro and from this event will your career gained strength and began playing professionally.

His precocious talent is confirmed by one of the biggest names in Choro, legendary flutist Altamiro Carrilho, who with his performances and recordings made of the Regional Fire Along the Clothing and participation in special gigs.

He worked alongside renowned whiners like Izaías Bueno - and with this, conducted workshops on Culture Workshop in Uberlândia / MG, addressing techniques applied to 7-string guitar and ukulele into tears.

After your purchase, the product will be available in your account

Some online courses offer a digital certificate of completion. Students can issue this certificate at the end of the courseor by contacting the Author. These certificates can be shared on social networks like LinkedIn and included in your CV.

You'll receive access to Learning Brazilian Music Online by email. It may be an online course, an eBook, a series of video lessons, a service, an event, etc. This content will be accessed or downloaded through a computer, mobile phone, tablet, or any other digital device. You can also access the product you purchased on this page:

I’m interested in this course, how can I buy it?

To order this course, click “Buy” on the top of this page. Keep in mind that not all courses will always be available to be purchased. A Producer may be preparing a new class and registration for the course may be temporarily unavailable.