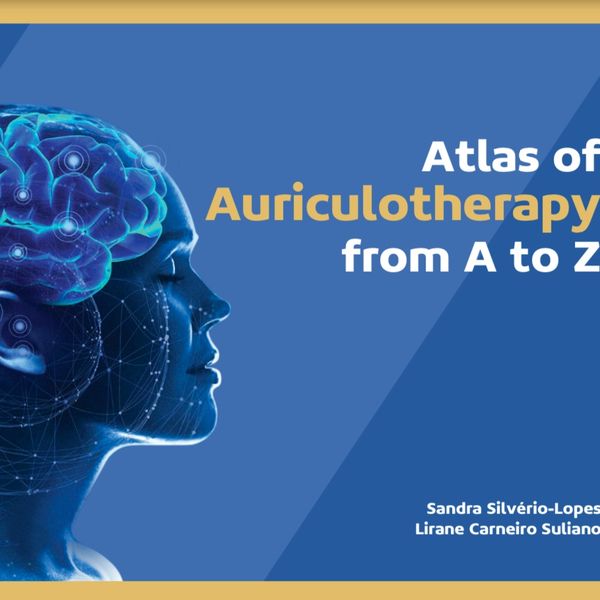 Atlas of Auriculotherapy from A to Z

This is the English version of the printed book by the same authors “Atlas de Auriculoterapia de A a Z”, Portuguese version, 3rd edition and 4th reprint (2019). This Atlas is configured for quick reference of the location and therapeutic indication on the auricular acupoints. In Part I, the main anatomical structures of the auricular microsystem are shown as well as the topographic denominations of each part of the
auricular pavilion. In the Part II the location and clinical indications of auricular acupoints of the anterior (front face of ear) and posterior part (back face of ear)are arranged in alphabetical order. To facilitate the notion of set and the association of close acupoint, figures were elaborates by topographic region in Part III. In the Part IV, some atypical ears with brief comments pertinent to the location of acupoints
under these conditions are illustrated. In the Part V neuroimaging is present by neurometry techniques of ears that were stimulated with auriculotherapy
Read More

This book is ideal for directing professionals, both experienced and novice, providing excellence in their practice. The Atlas of Auriculoterapy From A to Z, is based on the clinical and multidisciplinary experience of the authors. This book is the landmark of the foundation of the Neurophysiological and

It means that the product Atlas of Auriculotherapy from A to Z will be delivered 100% digitally. It may be an online course, an eBook, a series of video lessons, and so on. This content will be accessed or downloaded through a computer, mobile phone, tablet, or any other digital device. When you buy a digital product, you get a link via email with all the information to access the product.