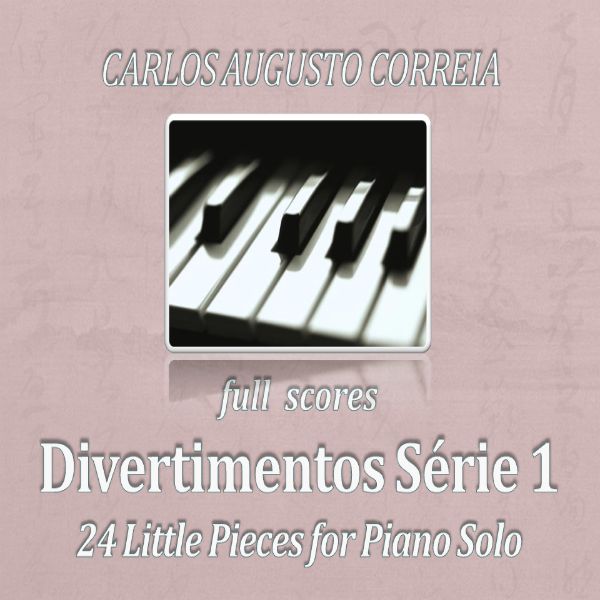 Music and ArtseBooks or Documents

In 2002, at the beginning of his composition studies, this work was initiated as an exercise of harmony and form for solo piano, but was treated, by the composer, more than an exercise, but as a serious compositional work, with the idea of to create small songs, following a purely classical style, of a light and tonal character. The suggestion of the name "Divertimentos" (Amusements) was given by his teacher, due to the objectives that he proposed. However, with the high productivity of the author, this work was divided into five volumes, calling them Series. Each series would have 24 small pieces, covering all 24 tonalities, major and minor modes, except for Series 3 and 4 that were incomplete. The conclusion of almost all the songs took place during the years of 2002 and 2003, with very few songs finalized later. The division of the series was given by the type of the initial theme. In series 1, which is this work, the initial theme is composed in the Period model. In series 5, the model is Sentence. Series 2, 3 and 4 are free in their models and forms. Also, at first, all the songs would have the small ternary form, the form a-b-a`, however some were increased or modified due to the demand of form of the composer. We can see that each song has its personality, a non-repetition, and still maintaining simple cadential forms and simple harmonic progressions, which would later be abandoned by the author himself in his compositions since 2005.
All the compositions were done with the utmost care, and meticulously well finished, in which the listener will certainly delight in listening to them. We also noticed that the difficulty of performing the works goes through a difficulty level from easy to intermediate, which is perfect for piano students, or use in conservatories. We hope you enjoy this work you have just acquired.
Rodrigo Rocha
Read More

View more products from this Producer 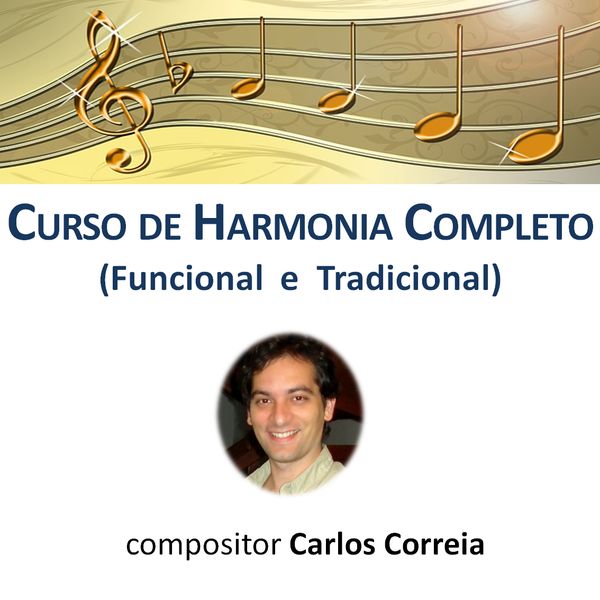 The Guarantee Period is the time you have to request the total refund of what you paid for your purchase if you are not satisfied. As soon as it is requested, your refund is processed automatically by the platform in up to 10 days. For payments via "boleto" it is necessary to provide bank account information for the refund to be made. After the information has been provided and the processing period of 10 days, the amount will be credited in your account in up to 7 business days. As for the reimbursement in your credit card statement, it varies according to the payment method, and may take from 30 to 60 days.

You'll receive access to 24 Little Pieces for Piano Solo full scores - Divertimentos Serie 1 - Carlos Correia by email. It may be an online course, an eBook, a series of video lessons, a service, an event, etc. This content will be accessed or downloaded through a computer, mobile phone, tablet, or any other digital device. You can also access the product you purchased on this page: